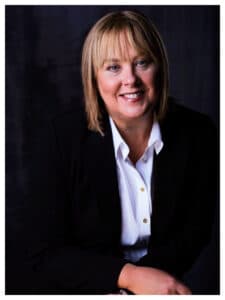 The Public Relations Society of America’s (PRSA) Leadership Assembly voted to elect Ana Toro, APR, Fellow PRSA as Director-at-Large of the Society, a role she will serve for two terms beginning in 2019. Ana’s longtime history with PRSA began in the Georgia Chapter, when she co-chaired the Multicultural Special Interest Group (SIG) in 2003, helping grow the chapter’s diverse membership and being a key contributor to the chapter’s Diversity Plan. Ana also served on the chapter’s Board of Directors between 2010-2012 and co-chaired the Healthcare SIG.

At the national level, she chaired PRSA’s National Diversity and Inclusion Committee between 2015-17, growing the committee, appointing D&I chapter liaisons nationally, and engaging leading D&I researchers and the PRSA Foundation to collaborate with D&I. Her presentation at the Leadership Rally in Boston last year “made the case” nationally that the Board of Directors and PRSA are re-engaged and committed to make D&I a national initiative. Ana has long been a D&I advocate, as evidenced by interviews in PR Week and her authorship of multiple PRSay blog posts. In 2015, Ana drafted PRSA’s first-ever Spanish post that received numerous views and high accolades. When Ana cohosted PRSA’s Diversity Mixer at ICON ‘16, she was the first to tweet #PRDiversity – as a result, according to Media Miser, the hashtag was among the top 10 trending topics of the conference. She developed and implemented the national D&I strategy for PRSA, and proposed and developed a Diversity & Inclusion Toolkit checklist that elevated the D&I dialogue nationally. Ana continues to be a D&I advocate for the profession, by speaking at national and regional conferences all across the U.S. Today, she continues to work with PRSA past-presidents and other D&I leaders to draft PRSA’s strategic D&I plan for the next five years.