Each year, the Chapter Awards recognize the best of the best PRSA Georgia members who have demonstrated leadership within the Chapter and the public relations profession. Nominations for the

are submitted by PRSA Georgia members, with winners selected by a panel of judge

In addition, the Chapter presents two distinct honors: the Distinguished Public Relations Award and the George Goodwin Award. The Distinguished Public Relations Award recognizes a prominent Georgian outside the public relations practice who has made an outstanding contribution to Georgia’s regional, national or international reputation through public relations practices and principles. The George Goodwin Award recognizes a PRSA Georgia member for their significant contributions to the community through volunteer service. Please join us in celebrating this year’s Chapter Award winners.

This award recognizes PRSA Georgia members who have gone the extra mile in service to the Chapter. The award is presented on a monthly basis, or as appropriate. Eligibility for the award includes all Georgia Chapter members who go above and beyond the call of duty as a Chapter volunteer.

Order of the Phoenix 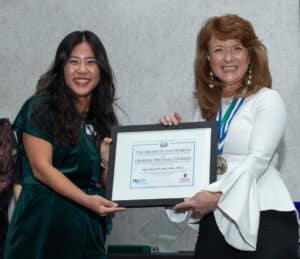 PRSA Georgia’s highest honor, induction into the Order of the Phoenix, was created in 1986 to honor distinguished public relations professionals for their career achievements, significant contributions in the field of public relations and exemplary community service. Chapter members inducted into the Order of the Phoenix also enter the Georgia PRSA Hall of Fame, created in 1988 by the Henry W. Grady College of Journalism and Mass Communication at The University of Georgia in cooperation with PRSA Georgia. 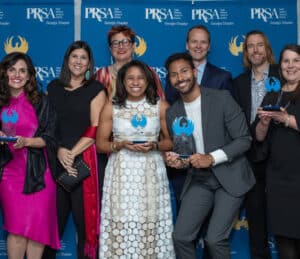 The annual awards competition recognizes the best communications projects and strategic programs produced by Georgia’s PR and communications professionals. The program is open to all Georgia-based PR practitioners, including PRSA Georgia members and non-members.