We’re proud to recognize our 2019 Chapter Award winners, who will be honored during the Annual Awards Celebration on Wednesday, Nov. 6. Register today!

PRSA Georgia’s Chapter Awards recognize members at all stages of their careers for public relations excellence and significant contributions to the chapter. Please join us in congratulating our winners! 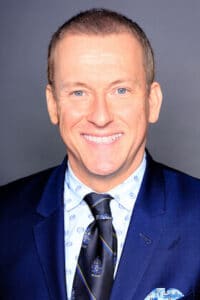 Known to many as “America’s Educator,” Ron Clark is the 2000 Disney American Teacher of the Year, a two-time New York Times Bestselling author, the subject of a television movie and the founder of The Ron Clark Academy. Ron is regularly featured on network and cable television (The Today Show, CNN and Oprah) and was dubbed by Ms. Winfrey as her first “Phenomenal Man.”

Ron Clark brings charisma, energy and devotion to the education profession. Ron pioneered innovative projects in rural North Carolina working with minority students in a low wealth area. His highly effective programs garnered national attention and led to a White House invitation to be honored by the President of the United States. Ron Clark’s personality is marked by a sense of challenge and adventure. Upon watching a television piece chronicling low test scores and the lack of teachers in inner-city New York, Ron packed his car and moved to Harlem. After being warned by the principal that his class was the least disciplined group she had seen in years, Ron prepared himself by visiting the home of each student before the first day of school. Ron Clark involved his students in projects in the city and state, and his “low achievers” soon began to excel; and by the end of the year, their scores were higher than the “gifted” classes in his district.

In 2003, Ron Clark released the New York Times Bestselling book “The Essential 55” which includes his 55 expectations of students – as well as all individuals – young and old. Ron’s second book, “The Excellent 11,” was released in August 2004 and further captured the attention of parents, educators and students alike. In 2006, Ron Clark founded The Ron Clark Academy, an inner-city school serving students from across metro Atlanta. The privately-funded institution is unique for its innovative teaching methods and curriculum based on worldwide travel. Each year the students, grades 5 through 8, apply their in-class lessons to international adventures. And, by the time of graduation, each child will have visited six of the seven continents. Almost 50,000 educators, teachers and administrators from around the world visit the Academy to observe the innovative and “out-of-the-box” methods for achieving student success from all 50 states and 26 countries. 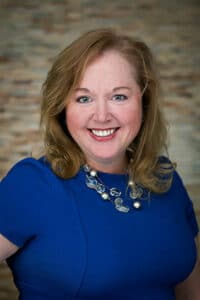 Louise Mulherin is president of Mulherin PR Consulting, Inc., which has managed communications programs for clients in sectors including banking, commercial real estate, food service, manufacturing, nonprofit and payment processing/security. She was a founding consultant with the Green Earth PR Network, senior communications professionals with a focus on promoting environmentally-focused businesses. Her background encompasses agency, corporate and nonprofit roles, including more than three years leading PR for Community Foundation for Greater Atlanta, which remains a consulting client today.

Mulherin’s work has received accolades from the Atlanta Ad Club, International Association of Business Communicators (IABC) and PRSA. She is a graduate and past Steering Committee member of Leadership Buckhead, and a past Board member of American Marketing Association’s (AMA) Atlanta Chapter and PRSA’s Georgia Chapter. A native of Savannah, Ga., she holds a Bachelor of Arts from Boston College and a Master of Mass Communication from the University of Georgia. She and her husband, Jeff Culley, live in midtown Atlanta. 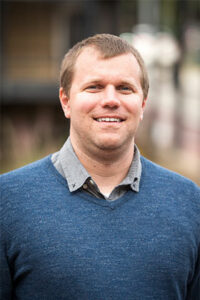 As a youngster, Jamie Cwalinski aspired to be the lead anchor on ESPN’s SportsCenter. While his career path ultimately took him to the other side of the media business (there’s a pitching pun there somewhere!), his passion for entertaining and creative storytelling never wavered.

Across more than a decade of corporate and agency roles, Cwalinski’s experience has included everything from launching new meat processing and packaging technologies to serving as a Chick-fil-A Cow mascot. He has planned and executed successful integrated communications, content production, events and thought leadership campaigns for a host of clients, ranging from emerging small- and mid-sized businesses to global Fortune 500 companies.

Beyond his day job as an account manager at Porter Novelli, Cwalinski serves on PRSA Georgia’s Board of Directors as the organization’s College Relations liaison, and most recently directed the planning and execution of both the Chapter’s 2019 Annual Conference and inaugural Forty Under 40 Awards program (for which he was also an honoree). He holds dual bachelor’s degrees in Journalism/Public Relations and Sports Studies from the University of Georgia. 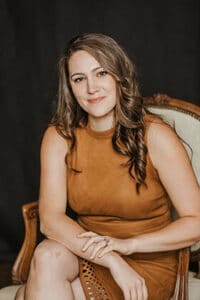 Thys graduated from Agnes Scott College and earned a Master of Arts in Journalism and Mass Communication from the University of Georgia’s Grady College, where she was president of the John E. Drewry Chapter of PRSSA. Thys is co-chair of the Phoenix Awards and coordinates the PRSA Georgia Special Interest Groups. Earlier this year, she was named to PRSA Georgia’s inaugural 40 under 40 list. Previously, Thys was the Chapter’s college relations co-chair and held a national role as the chair of mentoring for PRSA’s New Professionals Section.

A resident of Atlanta’s historic Adair Park neighborhood, Thys leads marketing and communications for the annual Porches and Pies Festival. She is also a passionate gardener, serving as a Georgia Master
Gardener Extension Volunteer since 2012. 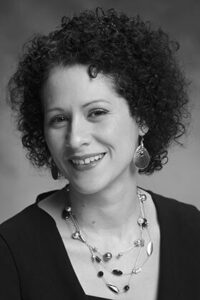 Karen Cole is the Senior Communications Manager at Georgia-Pacific. She has been a teller of stories, a defender of reputation and a promoter of brands for more than 15 years. From transportation at UPS to toilet paper at Georgia-Pacific, she is well-versed in strategies that fuel a brand’s engine and drive forward its message. A “Jill” of all trades, Cole’s experience ranges from media relations and executive communications to speech writing and issues management.
Cole is passionate about giving back to her industry and her community. She has been a volunteer with the Leukemia and Lymphoma Society (LLS) for more than 10 years. One of her proudest achievements was competing in LLS’s 2018 Man and Woman of the Year campaign class, which collectively raised $1.5 million for the fight against blood cancers in just 10 weeks. Cole also proudly serves on the Board of PRSA
Georgia as Chapter Treasurer.

A Georgia native, Cole completed her bachelor’s degree in Spanish from the University of Georgia and her master’s degree in mass communications from Georgia State University.