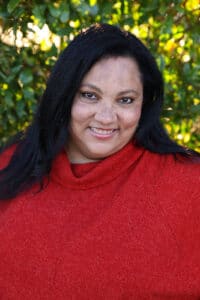 After a couple years of intense personal reflection, along with co-moderating a racial understanding group on Facebook, ADLA (Awakening Dialogue Leading to Action), I’ve come to the conclusion that Black History Month should never be acknowledged or celebrated the same way again by any company, school, organization, or institution. In light of our recent awakening as a nation, we should have been shaken so deeply to our core that we re-examine the definition of American “history”. Black history is American history, an often forgotten history. Not only do we need more than a month out of the year to share the torrid past, but also to integrate the multitude of contributions made both historically and up and unto modern day.

This takes me back to the first time I saw the revolutionary proclamation by McDonald’s in its 2003 “365/Black” campaign, emphasizing that the quick-serve restaurant giant wasn’t going along with the status quo, but rather sharing with the world that they believed Black history was to be honored 365 days out of the year, not just 28. They were one of the first major marketers to establish and deliver such a powerful Black History Month message to the masses.

Procter & Gamble is another example. Along with their advertising campaigns that have been sparking courageous conversations about race and gender equity since 2017, they have a year-around Take on Race platform where they are, through many of their brands and established community partners, working on four key pillars to dismantle systemic barriers to racial equity: health, wealth, education, and justice. When you integrate and recognize the plight and power, the depth and delight of a community throughout the year, you don’t have to squeeze it all into a single month.

Just like with the Dr. Martin Luther King, Jr. holiday, Black History Month often has marketers and communications professionals scrambling to figure out what to do or say, offering a token sentiment on social media or in an internal memo from the CEO to employees to tie them over until the following year. However, with all that has happened in our country during the last two years in particular, I don’t believe we can ever look at Black History Month the same. EVER. As much as it was fought for to get the one month, albeit the shortest month of the year, the Critical Race Theory shenanigans and attack on the truth and white washing of America’s history along with the outpouring of support for the Black Lives Matter movement, it’s imperative that companies represent Black history as American history throughout the year. PERIOD. Surprise and delight your audiences by integrating the celebration of Black perspectives, achievements, and history whenever possible, regardless of the month.

We talk about milestones and historic happenings throughout the year on their anniversaries and upon new discoveries. Why can’t we do that for historic moments, people and places where the protagonist is of African descent?

What does it take to underscore Black history as American history you ask? It’s about adjusting your lens and increasing your awareness of the silent history that helped build our nation. One must go beyond the obvious and the familiar, the safe and the predictable, the comfortable and conforming, and really explore another layer of history to tap into what truly is American history and what and who has contributed in different ways to building and shaping our nation. Referenced in Nikole Hannah-Jones’s incredible 1619 Project that was first published in the New York Times, and featured in the opening chapter of the book, Four Hundred Souls, edited by Ibram X. Kendi and Keisha N. Blain, is one of the foundational facts about American history that sets the stage for generations of erased history – “What we remember is just as revelatory as what we forget,” they said. It is represented so well by this passage in Four Hundred Souls that describes the ship that is believed to have been the first ship to reach, what is now known as the United States of America, with enslaved Africans:

“…the White Lion has been relegated to…the “back alley of American history.” There are no annual classroom commemorations of that moment in August 1619. No children dress up as its occupants or perform classroom skits. No holiday honors it. The White Lion and the people on that ship have been expunged from our collective memory. This omission is intentional: when we are creating a shared history, what we remember is just as revelatory as what we forget. If the Mayflower was the advent of American freedoms, then the White Lion was the advent of American slavery. And so, while arriving just a year apart, one ship and its people have been immortalized, the other completely erased.”

After reading this passage, and perhaps some soul searching and researching you’ve done over the last couple of years, you have to ask yourself if you’ve never heard of something as consequential as the White Lion, what else haven’t you heard of? What else has been kept out of the history books in an effort to paint history a certain kind of way with a certain pallet? Through this singular example, I want those reading this to really re-evaluate what Black History Month means, and how it should be addressed and honored for it to truly be meaningful in reality and in practice. You can view a short YouTube video about the White Lion here.

As I witness the predictable waxing and waning of outrage and compassion, interest and resources towards breaking down the barriers that cause systemic racism, including stressing the importance of diversity, equity and inclusion and marketing to diverse consumer bases, I can’t help but wonder, even after all that our country has been through during the last couple of years, if America has gotten numb again to the atrocities of our past, and our present, including systemic racism? I wonder if marketers are truly invested in honoring the contributions and being a catalyst to solving the problems that impact Black people, or are they more invested in doing “something” to check a box and get ‘likes’ and ‘shares’ to prove their value to their senior leadership, or to gain loyalty among Black consumers? Know that we can see through it. Know that senior leadership should want to do more. As communicators, if you are one, you can be that catalyst, regardless of your race. It’s okay to double click on February, but don’t forget to integrate telling the Black American story throughout the rest of the year.

So, as you embark on planning your Black History Month activations, social media posts, and internal editorial calendars, ask yourself:

1. Is what we are doing, advocating for, donating to, and elevating by using our brand making an ongoing difference in breaking down barriers that impact achieving racial equity?

2. What are our plans to elevate the Black American experience, past and present, the other 11 months out of the year?