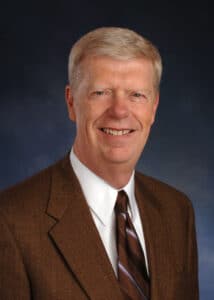 Gary McKillips, APR, Fellow PRSA is the recipient of the September, 2016 Chapter Champion Award for his long-time, dedicated volunteer work with PRSA Georgia.  After serving as Chapter president in 2003, Gary has continued his extensive contributions to this organization. He has coordinated and moderated the “Public Relations in the World of Sports” session for our Real World Collegiate Conference for many years, as well as several similar sessions for professionals.  Each year, he steps into his broadcaster role as the “Voice behind the Curtain,” better known as the “Voice of God,” at the Chapter’s Awards Celebration gala. Additionally, he has served as the Chapter’s Ethics Officer since 2011.  Gary also helped with the development of the Leader Board, the Chapter’s organization dedicated to professional development and networking for senior level public relations professionals. He has  helped mentor young professionals on a one-on-one basis as well as at various special events.

“I decided to become involved with the Georgia Chapter because I believe in the power of the organization to grow the reputation of the profession. Throughout my career it always seemed that we as public relations professionals were fighting to gain that proverbial “seat at the table” with the other leaders of an organization. Thanks in large part to the efforts of local chapters such as PRSA Georgia we have made it. In my opinion public relations has never been stronger and never been more respected. Of course advancing the profession was not the only reason for my joining PRSA. The networking opportunities (which led directly to two of the jobs), the educational opportunities and the chance to meet some of the brightest, most talented people in any aspect of business were also reasons for my becoming a proud and now long-time member of the best PRSA chapter in the country.”

Gary is now a free-lance writer, broadcaster and public relations consultant. He provides PR counsel to the International University of Grand Bassam (IUGB) Foundation in its efforts to gain exposure and provide support for IUGB’s efforts to train students for leadership positions with the many U.S. companies located in West Africa. He also covers Atlanta sports for Associated Press Radio and is a contributor to the Atlanta Business Chronicle, writing on such subjects as sports business, general management topics, the auto industry and more. He received his APR in 1998 and was selected for the College of Fellows in 2002 and the Order of the Phoenix in 2006. He was a vice president of public relations for Contel Corporation, Turner Broadcasting (vice president of corporate and sports PR) and also served as head of public relations for the University of Tennessee System and Georgia State University’s Robinson College of Business, where he orchestrated numerous international PR initiatives with Georgia State partners in Cairo, Dubai, Johannesburg/Pretoria, China, South America, Russia and Azerbaijan. He is a graduate of John Carroll University in Cleveland, Ohio and studied sports management at the University of Tennessee.