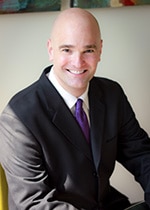 Mark Dvorak, APR, Fellow PRSA and an executive director of GolinHarris in Atlanta, has been inducted into The College of Fellows of the Public Relations Society of America (www.prsa.org).

Dvorak is among the 14 new members inducted during PRSA’s International Conference in Philadelphia this week.  The number of members of the College of Fellows, which was established in 1989, is about 400 out of more than 21,000 members of PRSA. Election to the College, based on lifetime achievement, is a professional honor awarded to the most senior practitioners and educators.
“The PRSA College of Fellows is proud to welcome another outstanding group of inductees this year,” said Mickey G. Nall, APR, Fellow PRSA, who is the 2013 PRSA chair and chief executive officer and managing director of the Atlanta office of Ogilvy PR Worldwide.  “This incredible collection of public relations professionals exemplifies the dedication, contributions and advancement of the profession that makes induction the highest honor conferred by PRSA.
“It is exciting to honor Mark, a member of my home Chapter in Georgia, for his career achievements and to welcome him into the College of Fellows.  Mark is truly an inspirational leader of public relations, serving his clients and his firm so well by conducting highly ethical and effective work.  He elevates the practice of public relations and has built a solid body of work,” Nall said.
Dvorak has advanced from his professional start as a public information specialist at the City of New Orleans to vice president of marketing at the United Way of Metropolitan Atlanta to executive director of GolinHarris in Atlanta.
In his 20 years as a PRSA Georgia member, Dvorak has served as newsletter editor, a member of the chapter’s board of directors, an officer and its 2002 chapter president.  On his second day after joining the Georgia Chapter, he offered to write a guide for helping college students make the transition to professional life in Atlanta.  During his presidency, the Georgia Chapter created the special interest groups (SIGs) to meet the specific needs of an increasingly diverse membership.  Dvorak’s involvement in the society continued after he completed his year as president.
He is a Georgia Chapter assembly delegate, was a member of the national Universal Accreditation Board for five years and served on the Task Force that created the Business Case for Public Relations in 2009.  He developed a comprehensive survey of PRSA Georgia Chapter members while he was on medical leave undergoing treatment forNon-Hodgkin’s Lymphoma three years ago.  He has since defeated the disease.
A native of Largo, Fla., Dvorak earned an M.A. in journalism administration from the University of Memphis and a B.A. in communications and history from Loyola University New Orleans.  In the GolinHarris office, he leads the agency’s work for the National Peanut Board and the Georgia Department of Economic Development.
To be considered for the College of Fellows, a member of PRSA must have practiced public relations for 20 or more years, demonstrated superior capability as a practitioner, exhibited personal and professional qualities that serve as a role model for other
practitioners and advanced the state of the profession.  Criteria also include earning Accreditation, having passed rigorous oral and written examinations involving a depth of knowledge in the strategic analysis of public relations issues, including program, research, ethics, legal issues, communications and other areas.
Less than two percent of the Society’s 22,000 members have been honored with this designation.  Being a Fellow means the individual is a recognized mentor and role model to professionals and students within his or her state, region, the nation and even internationally.  The designation identifies members as exceptional professionals and educators who have significantly advanced our profession through their professional performance and leadership.