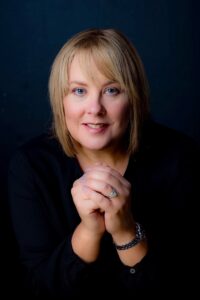 Atlanta, GA (October 21, 2016) — The Public Relations Society of America (PRSA) has announced the election of Ana Toro, APR, Project Director, ICF International into the organization’s prestigious College of Fellows, an honorary organization within PRSA comprised of more than 350 senior practitioners and educators, each of whom has left a significant footprint on the public relations profession.

Election to the College, which was created in 1989 as part of an initiative focused on the future of public relations, is considered the pinnacle of a professional’s career. College members are seen throughout PRSA and the profession serving in Chapter, District, Section and national leadership positions, mentoring students and professionals, teaching, and engaging in professional practice. To qualify for admittance into the College of Fellows, the public relations practitioner or educator must have at least 20 years of experience, hold the Accredited in Public Relations (APR) credential and have demonstrated exceptional capability and accomplishment in the practice or teaching of public relations. Fewer than two percent of PRSA members are accepted into the College of Fellows.

A selection committee, consisting of current College of Fellows members, solicited and reviewed applications and recommended this year’s group of candidates to the PRSA 2016 National Board of Directors. The new Fellows will be formally inducted into the College at a dinner to be held Oct. 22, immediately prior to the PRSA 2016 International Conference in Indianapolis, IN.

“The induction of Ana to the prestigious PRSA College of Fellows sets the standard for strategic communications that deliver business results. But she goes beyond just that and serves as sage counsel, mentor and an example for the rest of us,” said PRSA 2016 National Chair Mark McClennan, APR. “I congratulate Ms. Toro on the well-deserved honor, and ask her to continue to challenge all of us to always strive for excellence in all we do.”

Toro has advanced from her professional start as a public relations official at the Ana G. Mendez University System in San Juan to vice president at Fleishman-Hillard to project director of ICF in Atlanta.  She was president of the Puerto Rico Public Relations Association from 1999-2000. In her native country, she worked as account executive at Focus Business Communications account director at Publics, partner at Toro-Betancourt Communications, independent practitioner at A. Toro Business Relations, and public relations professor at the Inter American University – Metro campus and the Universidad del Sagrado Corazón, earning multiple awards and recognitions from the ARPPR, Sagrado, and the Puerto Rico Chamber of Commerce. Most recently, she received the Fernando Valverde Excel Award for her contributions to the field.

Ana is the fourth Puerto Rican to earn this prestigious distinction and the first Hispanic in Georgia.

In 2002, Ms. Toro relocated to Atlanta, GA. During her 13 years as a PRSA|GA member, Toro has served as chair of the multicultural special interest group (SIG), member of the chapter’s board of directors, presenter and panelist at various annual conferences and chapter luncheons, volunteer at Real World PR, and co-chair of the Healthcare Special Interest Group.

Toro’s involvement in the Society continues today as chair of the National Diversity & Inclusion (D&I) Committee, Champions for PRSSA member, PRSA Bronze Anvil Awards judge and resume critique mentor at Real World PR. In 2015, she wrote PRSA’s first Spanish blog post, Reflexiones sobre la diversidad. Since then, she has contributed with other articles related to the D&I topic. This year, she was a competitive event judge for the Public Relations Campaign at DECA’s International Career and Development Conference. For PRSA, she planned and oversaw the 2016 D&I Month activities, which included a webinar, Twitter chat, chapters, districts and sections outreach, and social media activities. At the 2016 PRSA International Conference, she presented at the panel, Inclusive Communications: An Agency’s Case for Diversity.

A native of San Juan, Puerto Rico, Toro earned a M.A. in public relations and a B.A. in mass media writing from the Universidad del Sagrado Corazón, which recognized her with their top honor, the Distinguished Alumni Award for Professional Trajectory in PR in 2006. In the Atlanta office, she leads national projects for the Centers for Disease Control and Prevention, and the National Institutes of Health.

About the Public Relations Society of America
PRSA is the largest professional organization serving the U.S. public relations community. With a mission to “advance the profession and the professional,” PRSA provides news and information, thought leadership, continuing education and networking opportunities; sets standards of professional excellence and ethical conduct; and advocates for the business value of public relations and greater diversity among public relations professionals. Based in New York, PRSA comprises 110 local Chapters; 14 Professional Interest Sections that focus on specific industries and practice areas; and the Public Relations Student Society of America (PRSSA), which is active at more than 340 colleges and universities.