Do you know a PRSA Georgia member who has had a remarkable public relations career of more than 20 years and has been an outstanding member of the Chapter and community? If so, now is the time to nominate him/her/them for the Order of the Phoenix, a program honoring long-practicing public relations professionals for exemplary careers and dedication to the Chapter. Nominations close at 5 p.m. on Monday, August 22. Specific guidelines and an online submission form are available on the PRSA Georgia website. Click here to see the list of members of the Order of the Phoenix. 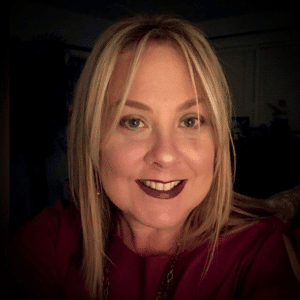 A tireless advocate for our profession, Ana began her career in her native Puerto Rico, quickly moving up the ranks in some of the island’s top PR firms and serving as President of the Puerto Rico Public Relations Association. She relocated to Georgia in 2002 to work with the Georgia Hispanic Chamber of Commerce and has also served as Vice President of Healthcare for FleishmanHillard and as Program Director at ICF.

She is currently Public Affairs Officer at the Office of the Associate Director for Communication at the Centers for Disease Control and Prevention (CDC) where she has led communications around the vaping crisis and the COVID-19 pandemic.

Within the PRSA Georgia Chapter, Ana has been a longtime champion for Diversity & Inclusion. She co-chaired the Multicultural Special Interest Group (that later became the Diversity & Inclusion Committee) and has led many D&I programs. As a board member with the chapter, she helped revise our chapter’s diversity strategy and has served as a speaker and moderator at our annual conference diversity roundtables.

Nationally, Ana chaired PRSA’s Diversity & Inclusion Committee and rehauled PRSA’s D&I efforts by launching Twitter chats series and webinars with leading D&I influencers, engaging the PRSA Foundation with national initiatives, creating D&I liaison roles for chapters, and developing content and graphics for Diversity & Inclusion Month. Her address on D&I at the Leadership Rally in 2017 helped D&I gain momentum within PRSA. Since 2019, Ana has served on PRSA’s Board of Directors where she helped establish and launch the Diversity Alliance, which aims to increase diversity and inclusion through leading PR firms, industry associations and other partners. She initiated a Puerto Rico tour with PRSA staff to present PRSA benefits to over 15 graduate and undergraduate communication/PR programs on the island. This established the first PRSSA chapter in Puerto Rico, sponsored by PRSA Georgia. A second chapter was established a few months later sponsored by the Dallas chapter.

Beyond her commitment to PR and diversity, Ana has bettered our community by volunteering with the Foster Children’s Foundation in Duluth and serving on the board of Girls, Inc. She continues to help keep Hispanic business at the forefront and has served as board member and public relations chair for the National Society of Hispanic MBAs and led a rebranding and communication program for the Latin American Association rebrand.

She earned her master’s degree in public relations and a bachelor’s degree in mass media writing from the Universidad del Sagrado Corazón in Puerto Rico, where she was named a Distinguished Alumni for her contributions to the public relations field in 2009. Ana has served as adjunct instructor at her alma mater, teaching Introduction to Public Relations and Introduction to Mass Communication courses and mentoring dozens of students.

She is accredited in public relations (APR) and a member of PRSA’s prestigious College of Fellows, the first and only Latina from PRSA Georgia to hold this honor. Ana is also a graduate of the Georgia Association of Latino-Elected Officials (GALEO) Institute for Leadership, a program sponsored by the University of Georgia.

Order of the Phoenix Past Winners